Encountering scripture in the company of authors and artists.

You can join the Bible study in person on Tuesdays at 1:00 PM in the EASE Gallery at Saint Stephen’s, 30 W. Woodruff Avenue.  Or you can enjoy it here.  Please feel free to comment if you’d like.

Let’s leap right in this week, since Matthew 6 proved surprisingly fruitful in its conversation with art and poetry.

Portrait of Saint Hedwig of Silesia in The Life of the Blessed Hedwig, Polish, 1353, to accompany Matthew 6:1

Born a duchess, then married to a prince, Hedwig entered a Cistercian monastery when her husband died.  She was known for her piety – her portrait shows her carrying her boots to indicate that she went barefoot.  The illuminated manuscript which contains this portrait was commissioned by her descendants, Duke Ludwig of Legnica and Brieg, and his wife Agnes.  They obviously weren’t too worried about showing their piety in front of others, since they immortalized it here. 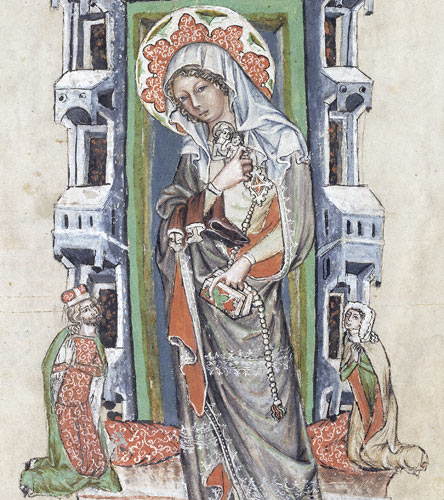 Pieter Aertsen’s “Butcher Stall with the Flight into Egypt” to accompany Matthew 6:2-4

This rather amazing painting from 1551shows a butcher stall in the foreground, with a church, the holy family distributing alms, and a group of butchers eating oysters (signifying a desire for sexual stimulation) in the background.  I choose to put it here because it’s highly allegorical.  Like the Gospel reading, it preferences the idea of concealing alms giving, but it also asks the question of what we prefer to show the world.  Sumptuous consumption?  Lust and revelry?  It is perhaps the first example of mannerist painting in Northern Europe, meaning that a scene from ordinary life (the butcher’s stall) is given precedence over the devotional scene (the Holy Family).

Click the image below to go to a dynamic view of the painting. 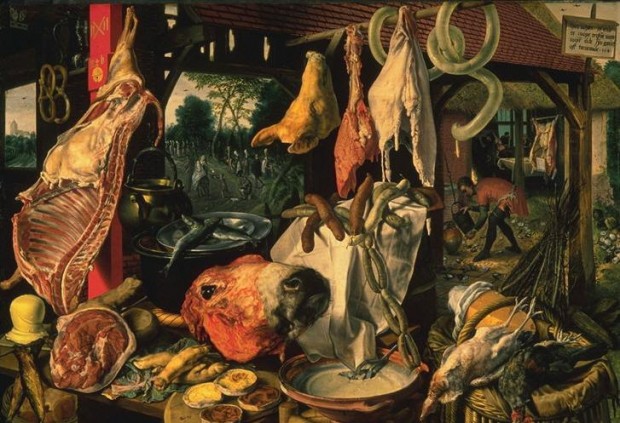 Not much introduction to offer here.  Schuyler was very reclusive and private about his personal life.  He won the Pulitzer Prize in 1980 for his book The Morning of the Poem, and was a member of the New York School of poets.

This morning view
is very plain: thou art
in Heaven: modern
brick, plate glass, unhallowèd
as yet, by time,
yet Thy Name
blesses all: silver tanks
of propane gas, the sky,
Thy will,
is lucent blue, French
gray and cream,
is done: the night
on earth
no longer needs
the one white street globe light
as the light, it is
in Heaven.
Give us this day
—and a Friday
13th, August ’71,
at that:
our daily bread
and breakfast
(Product 19,
an egg, perchance: the hen-fruit,
food and symbol)
and forgive us our trespasses
too numerous
to name as we
forgive our debtors: “pay
me when you can:
I don’t take interest”
how green the grass! so many
flowering weeds
Your free
will has freely let us name: dandy-
lion (pisse-en-lit)
and, clover
(O Trinity)
it is
a temptation
to list them all,
all I know, that is:
the temptation
to show off—to
make a show
of knowing more,
than, in fact, I
know, is very real:
as real as a twelve-
pane window sash
one pane slivered
by a crack, a flash,
a mountain line
that stays
to praise
Thee,
Your Name and Your
Creation
let me surrender
ever—
poets do: it
is their way
and deliver me
from evil
and the Three
Illusions
of the Will—
for the power
that flows electrically
in me is thine
O glorious central,
O plant,
O dynamo!
and the glory
of this cool a.m.
now
all
silver, blue
and white.

Martin Schongauer’s “The Temptation of St. Anthony,” to accompany Matthew 6:16-18

Saint Antony of Egypt is often thought of as the founder of monasticism.  As a young man he gave up his family’s wealth and went to live in a cemetery.  After awhile he removed himself even further from society and went to live in an abandoned fort in the wilderness, where he fasted and battled with demons.  He kept trying to practice his asceticism in secret, but people kept coming and finding him, gathering around the shut doors of the fort and listening, with awe, to the battles within.  Schongauer’s engraving from the 1470s has always been my favorite image of Anthony. 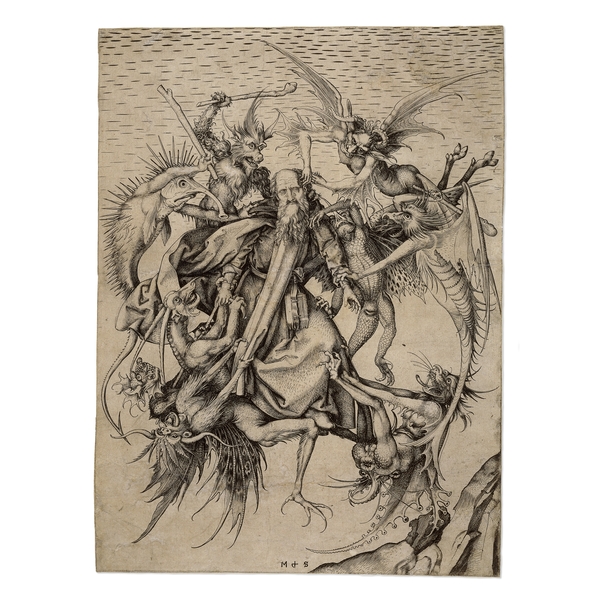 It would be wrong to say that Robinson Jeffers (1887-1962) was a nature poet – he loved nature, and he thought that humanity had put itself too much at the center of things, but his philosophy ran much deeper than simple admiration of the natural world.  He practiced a philosophy that he called Inhumanism, and that he defined in this way: ““a shifting of emphasis from man to not man; the rejection of human solipsism and recognition of the transhuman magnificence…. It offers a reasonable detachment as a rule of conduct, instead of love, hate, and envy.”  Although the son of a Presbyterian minister, he wasn’t a Christian because he rejected the idea of an immanent, caring God.  He envisioned God as indifferent, in the same way that he found nature to be largely indifferent to human needs.  Maybe it’s because this poem reflects that indifference to human life that it seems to speak, oddly, to Jesus’s own words.  Look beyond the self, and the short time we have in this world, Jesus seems to say.  Look for the things that are transcendent.

Mountains, a moment’s earth-waves rising and hollowing; the earth too’s an ephemerid; the stars—
Short-lived as grass the stars quicken in the nebula and dry in their summer, they spiral
Blind up space, scattered black seeds of a future; nothing lives long, the whole sky’s
Recurrences tick the seconds of the hours of the ages of the gulf before birth, and the gulf
After death is like dated: to labor eighty years in a notch of eternity is nothing too tiresome,
Enormous repose after, enormous repose before, the flash of activity.
Surely you never have dreamed the incredible depths were prologue and epilogue merely
To the surface play in the sun, the instant of life, what is called life? I fancy
That silence is the thing, this noise a found word for it; interjection, a jump of the breath at that silence;
Stars burn, grass grows, men breathe: as a man finding treasure says “Ah!” but the treasure’s the essence:
Before the man spoke it was there, and after he has spoken he gathers it, inexhaustible treasure.

This poem might be seen as a kind of antidote to Jeffers.  Herbert (1593-1633), one of the greatest poets in the English language, was an Anglican priest.  “Love (III)” perfectly captures the anxiety of spiritual conversion, of being brought to serve one master over another.  Unlike Jeffers’s version of God, here God is seen as uniquely concerned with and understanding of the human condition, very patient and almost seductive.  Rather than God as nature, here we have God as love.

Love bade me welcome. Yet my soul drew back
Guilty of dust and sin.
But quick-eyed Love, observing me grow slack
From my first entrance in,
Drew nearer to me, sweetly questioning,
If I lacked any thing.
A guest, I answered, worthy to be here:
Love said, You shall be he.
I the unkind, ungrateful? Ah my dear,
I cannot look on thee.
Love took my hand, and smiling did reply,
Who made the eyes but I?
Truth Lord, but I have marred them: let my shame
Go where it doth deserve.
And know you not, says Love, who bore the blame?
My dear, then I will serve.
You must sit down, says Love, and taste my meat:
So I did sit and eat.

Giotto’s “St. Francis Preaching to the Birds” to accompany Matthew 6:25-34

Saint Francis was, of course, the most important medieval saint, one who returned a segment of the late medieval church to an ethic centered around the real teachings and life of Christ.  He famously preached to the birds, and Giotto famously portrayed this act in a fresco of the San Francesco Upper Church in Assisi.  I’ve put Francis’s sermon to the birds after the image. 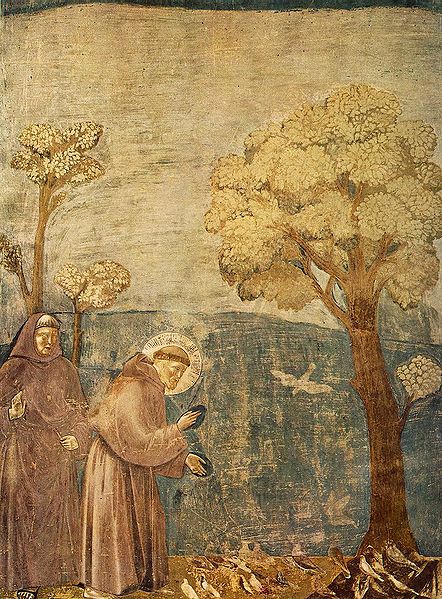 “My sweet little sisters, birds of the sky, you are bound to heaven, to God, your Creator. In every beat of your wings and every note of your songs, praise Him. He has given you the greatest of gifts, the freedom of the air. You neither sow, nor reap, yet God provides for you the most delicious food, rivers and lakes to quench your thirst, mountains and valleys for your home, tall trees to build your nests, and the most beautiful clothing: a change of feathers with every season. You and your kind were preserved in Noah’s Ark. Clearly, our Creator loves you dearly, since He gives you gifts so abundantly. So please beware, my little sisters, of the sin of ingratitude, and always sing praise to God.” 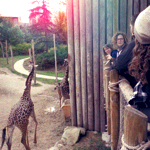 Harvest of the Song of Songs Retreat