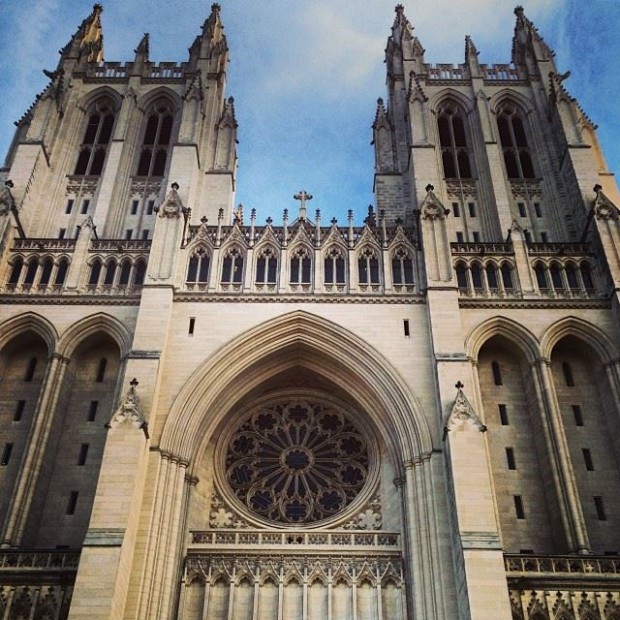 CANA Gathering at the National Cathedral

Last week I was in Washington DC at the National Cathedral for the “opening ceremonies” (as Doug Pagitt put it) of the CANA Initiative. It was a gathering of some of the best and the brightest in emergence, progressive, convergent Christianity.

As Stephanie Spellers articulated on Thursday, “CANA is a collective of Christian leaders, organizations and networks across the United States who collaborate to embody and act on a courageous, liberating and compassionate faith.”

And naturally, the world needs another acronym…

It was a tremendous honor to be present for such an auspicious event, but I struggled to know what my role was in the midst of the 100 or so souls that gathered. Like any burgeoning, still-in-process group, roles, as well as a great number of things, are still being defined and discerned. However, it became clear early on that my job was to listen. Here are some of the things that I heard, observed, and experienced.

My first observation was that the non-issue of gender. Bishop Mariann Budde was our gracious host and powerful example of a servant leader.  Stephanie Spellers, Amanda Henderson, Alexia Salvatierra, Cameron Trimble, Jennifer Butler, Diana Butler Bass and so many more were fully part of the warp and woof of leadership and participation at the gathering. Now, for my mainline, Episcopal friends this will be the epitome of “duh.”

However, coming from a conservative, evangelical background and with the justified hullabaloo of about The NINES (#thenines2013) echoing in the background, I think it is worth noting. Women’s equality in the Church is very much still a live and hotly debated issue for significant populations of churchdom.

Note: Rachel Held Evans’ reflection on the Twitter controversy (Twitterversy?) around the lack of female speakers at The NINES. And Tony Jones’ post from last week, It’s Time for a Schism Regarding Women in the Church, which may seem both simultaneously anachronistic and provocative as such.

My point is that while CANA is far from a perfect representation of the church OR the Kingdom of God (no one claimed that it was, by the way), at the very least it seems for this particular gathering of people we have made some progress regarding the equality of women. Admittedly, I’m speaking as a white, middle class male, so if anyone present at the gathering would like to take issue with this, feel free to push back.

Speaking of push back, there was significant and pointed push back about the racial makeup of the gathered. The gathered were about 100 strong, but mostly white. There were notable voices of color – Anthony Smith (@postmodernnegro), Lisa Sharon Harper, Stephanie Spellers, Alexia Salvatierra, Peter Edwards Matthews, and few others. But they were correct in pointing out that the this was a predominantly Euro-American collective of people at this CANA gathering.

Anthony, Alexia, Lisa, and Peter all spoke to this reality and therefore tension.  Brian McLaren, one of the conveners and organizers of CANA, addressed this growing tension in the group as it was noticeably palpable.

Brian said two things that I remember clearly. First, he urged the white people in the room to admit that they still don’t get it. He cautioned us that this is easy to assent to and much harder to live by. No matter how much we’ve read, how many experiences we’ve had, and how enlightened we are on the subject of race, no white person understands what the challenges really are for people of color in America.

Secondly, he plead[ed] with the approximately five blacks and two or three Latino leaders in the room to be courageous, speak up, and tell us the truth. He acknowledged what I always feel in moments like this: oppressed people have to not only deal with oppression but they are also tasked with teaching the rest of us how we’re the oppressor.

Clearly, there is still a lot of work to do in this area. If the demographers are correct, and I don’t doubt that they are, that USAmerica will be a majority-minority nation in the near future and if Soong-Chan Rah and Philip Jenkins* are correct that the most prolific growth of the church is in non-white communities and people groups then we need to pay especially close attention to the racial makeup and power dynamics of any gathering of church leaders.

I highly recommend reading the blog post reflection by Anthony Smith where he deals with the issue of racial repentance explicitly. Here’s a sample:

Who is not here for this initial gathering and conversation? … In asking that question we were confronted by a deep and long history of white supremacy that has been in existence for several centuries. A white supremacy that has morphed in each generation (think: transatlantic slave trade, Jim Crow, the New Jim Crow, etc.). It is a history that must be worked through, processed, repented of, becoming more self-aware of and not simply dismissed as playing identity politics (a sign of privilege) or by saying I have a few non-white friends. You will know if Mista Charlie is present by who is in the room, who you are speaking on behalf of, and by what you are saying. Don’t be offended by that last statement. It is true.

One of the highlights of our time at the CANA gathering was Wednesday’s dinner. We finished up with our agenda for the day and self-organized some small group sorties out on the town. I had the good pleasure of falling into an expedition with Laura Truax, Michael Toy, Mike Stavlund, Larry Bourgeois, and Mark Scandrette.

It was a lovely walk from the cathedral through the surrounding neighborhoods scouting a dining establish and conversing about life, Millennials, and the future of the church.  We happened upon the District Kitchen and had fabulous sacramental feast of shared small plates, local craft beer, and engaging conversation.  It was truly Eucharistic in the best way.

For my money, I see CANA as having the potential to be a network of networks, something that functions as connective tissue that holds the modalities and sodalities together.  That’s the kind of thing that is so needed if Emergence Christianity (à la Phyllis Tickle) is to take hold.  It’s also the kind of thing that is needed if we are to tackle some of our societies toughest problems. Including the racial tensions in the church, the New Jim Crow, generational poverty, and our prison/military/consumerist industrial complex.

I also want to give a huge shout out and thank you to Brooke and Jason Evans for their gracious hospitality.  I first met the Evans years ago, long before either of us were connected to the Episcopal Church.  It was fun to reconnect now that we’re working within anglican environs with young adults and fresh expressions of the church.

To date, and as far as I am aware, there are these 4 blog post reflections post-CANA gathering:

Also, I’d suggest delving through these #hashtags on Facebook and Twitter to get a sense of the voices and thoughts of the gathered:

Doug concluded our time together by referencing a Wendell Berry poem,

What We Need Is Here

Geese appear high over us,
pass, and the sky closes. Abandon,
as in love or sleep, holds
them to their way, clear
in the ancient faith: what we need
is here. And we pray, not
for new earth or heaven, but to be
quiet in heart, and in eye,
clear. What we need is here.
~ Wendell Berry

While there are most assuredly still seats at the table and voices that need to be heard, we have what we need. Even if what we need is to quiet down and listen or scooch over to make room for someone else. CANA has tremendous potential to be great connective tissue for the church. 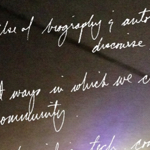 A Reflection on the Ministerium of Ideas First Year

Posted in Featured, Who We Are and tagged with progressive, Race. RSS 2.0 feed.

One Response to CANA Initiative