In this special edition of Word and Table, Karl interviews Ruben Herrera about the interrelation between community organizing and the church.  Ruben has long been a force in Columbus, building a diverse community of activists who work on diverse issues.  Most recently he’s been involved in the effort to get Wendy’s to sign on to […]

At Wendy’s with the Immokalee Workers 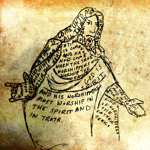 Americans Don’t Trust Each Other

At Wendy’s with the Immokalee Workers

On Monday afternoon I was one of about one hundred and twenty people who gathered outside of the new Wendy’s flagship restaurant in Dublin, OH.  We were there to bring pressure on the nation’s second largest fast food chain, asking that they join the Fair Food Program, which eleven other major corporations, including four of […]