Saint Stephen’s is one of three parishes that were built to serve the large, land-grant campuses in our diocese. The parish is on the campus of the Ohio State University, one of the largest universities in the nation. In recent years, campus ministry at Saint Stephen’s has centered around outreach to the campus’s arts community. With the founding of EASE Gallery in 2013, the parish answered the expressed need of campus artists to have a place to show their work. Undergraduates, graduate students, and adjunct professors have all shown work there. In addition, the campus ministry is deeply engaged in an exploration of Christian spiritual practice. Sunday night services (6:00 PM in the sanctuary) focus on teaching types of prayer, and students are often the primary teachers. Our weekly Bible study is focused on spirituality as well. In addition, Saint Stephen’s is a founding member of the Ministerium of Ideas, a gathering of progressive faith leaders who engage with some of the biggest questions facing our communities by inviting university professors to speak on different topics throughout the academic year.

What does it mean to live as a fully alive human being, a life of grace and joy?  And how can community help us to live such lives?  These are Paul’s questions, and ours as well, as we read through his letter to the Romans.  Join us!

Sunday Service – Learning how to pray with the body

Christians believe that God became incarnate and lived among us as Jesus Christ.  That means that God was a human being during the thirty-three years of Jesus’s life, and had a human body that felt all of the aches and pains, and experienced all of the bodily processes that we do.  Our tradition has often been uncomfortable with the body, yet we use it constantly when we pray. If we become more mindful of the ways in which we use our bodies, will we understand the incarnation better?  Come explore this question with us as we continue our summer series on Christian spiritual practice.

This Week at OSU Campus Ministry

Celebrate the Sixth Sunday of Easter with us on Sunday at 6:00 PM

Graduation is at noon, and we offer our prayers and thanksgiving for those graduating from The Ohio State University!  Come join us one last time on Sunday evening (and join us if you’re not graduating, as well)!  We’ll be celebrating all summer long, so if you’re in town, come worship with us on Sunday evenings.

This Week at St. Stephen’s Campus Ministry at OSU

Meeting in the Chapel at Saint Stephen’s.  We’re slowly reading our way through the Gospel of Matthew.  Join us!

This week we’ll be discussing our different faith communities’ approaches to the idea of vengeance.

Celebrate the Easter Season with us on Sunday at 6:00 PM

During this Easter season, we’ll set aside our focus on saints and spend some time thinking and talking about the liturgical and prayer practices of the church.  This Sunday we’ll take a deep dive into the meaning of baptism and the idea of open communion.  Join us!

Play opens us up to joy, new possibilities, and creativity. What might happen if the church took up PLAY as a spiritual practice? What if we played together and imagined a new church into being? PLAY is a gathering of people interested in in celebrating creative ways to engage God’s mission in our communities. PLAY will offer ideas for fostering imagination and creativity, planning non-traditional worship, missional church planting, and how to gather community in new ways through radical hospitality, storytelling and inspiring music. If you are interested in learning more about fresh expressions, being part of some inspiring worship, or just want to have fun, you won’t want to miss this gathering. Don’t miss this opportunity to PLAY!  To learn more and register, go to praxiscommunities.org. 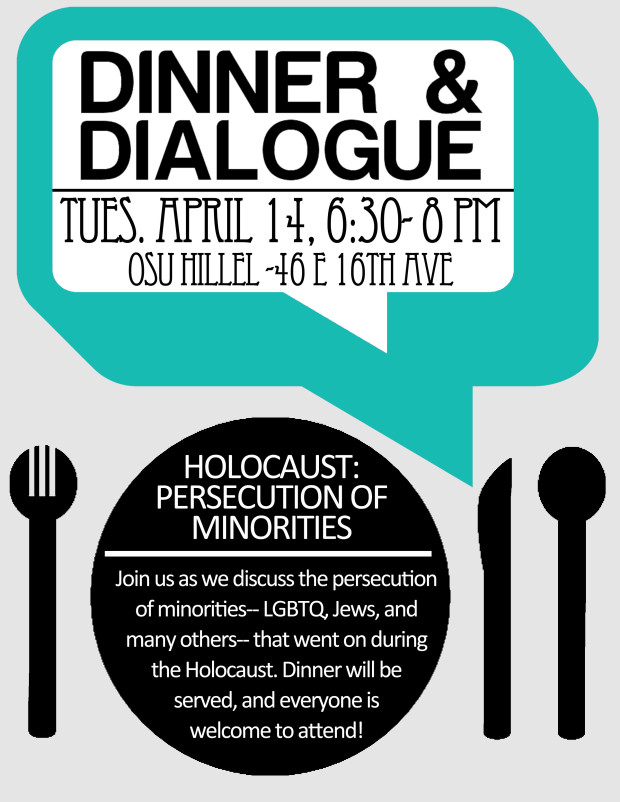 Come to the Good Friday Service at 7:00 PM Tonight

We live in a death-denying culture, and can easily pass over the need to grieve and mourn before we celebrate.  But Jesus wasn’t resurrected without first being crucified.  And to follow him into death is to participate in the movement beyond the self and selfish concerns that all faiths advocate.  Come experience his selflessness, and practice your own.

Celebrate the Resurrection with Saint Stephen’s on Sunday Morning

We won’t have a 6:00 PM service on Sunday, since Easter Sunday is all about the morning surprise of Jesus’s empty tomb in the garden.  Since Mary and the other disciples went to the tomb in the morning, we’ll participate in their joy by celebrating the resurrection on Sunday morning with the rest of the parish.  The service is at 10:30 AM.

Commemorate Palm Sunday with us on Sunday at 6:00 PM

This Sunday marks the beginning of Holy Week, as we commemorate Jesus’s entry into Jerusalem. It’s often talked about as the “triumphal” entry into Jerusalem, because Jesus appropriated much of the pomp and circumstance of a Roman triumph, but we shouldn’t take that to mean that this is a day of Christian conquest.  Jesus’s entry into the city mocked and showed the silliness of political display, and required that believers look beyond politics to find reassurance and meaning.  In a sense, he wasn’t entering the broken-down, divisive city, but the heavenly city, and showing us how to live in it.

Maundy Thursday and Good Friday Services will be at 7:00 PM on each of those nights!

This past week we talked about the spirituality and ethics of sex.  Some of you who couldn’t be there have asked for notes on the discussion, and I provide them below.  We won’t be meeting this coming week because of Maundy Thursday, but will resume on Thursday, April 9th with a discussion of vengeance.

Three questions to consider in terms of a spiritual and ethical approach to sex and relationships:

Until the 18th c., The Song of Songs was the second most commented book of the Bible, second only to John’s Gospel.  People like Origen wrote theological treatises on The Song of Songs, preachers such as Bernard of Clairveaux preached one each and every verse, and mystics such as Teresa of Avila used it as a vehicle for teaching about the spiritual life.  They all read it as an allegory on the soul’s relationship to God.  18th c. Biblical criticism brought an end to allegorical interpretation, and The Song of Songs fell out of favor, as the consensus became that it was erotic poetry rather than a mystical allegory.  Can it be read as both a passionate love song between human lovers, and a song of love sung between the soul and God?

In The Erotic Word, David M. Carr writes that “in recent years, sex has been separated from spirituality by a completely different way of viewing it: as a commodity to be exchanged between consenting adults. In the past, sex had been viewed mostly as an affair of power (males over women or younger boys), payment (prostitution), or love. But especially during the sexual revolution of the 1960s and 1970s, more people began to see sex as something that could be freely given between two adults who were not necessarily ‘in love’ with one another. At a time when religous authorities had largely lost their hold on the enforcement of specific sexual mores, much sexual behavior was modeled on the trade of economic goods, which increasingly dominated the rest of society.” Do you feel that Carr is right, and if you do, is the commodification of sex something that the church should resist?

Lisa Fullam suggests using a virtue ethics approach to sex and relationships.  What is the telos that we seek in our relationships, and what telos should we suggest as appropriate to our students?  Fullam suggests that there are three dimensions of excellent sex in a Christian context: a feel for incarnation; intimacy; and insight.  Does the sex we have lead un into a deeper understanding of what it means for us to be bodily beings?  Is it intimate, a true sharing of our deepest selves?  Does it help us to know ourselves better?  What do you think of Fullam’s call to a telos of excellent sex, and her tripartite understanding of how to arrive at it?

Celebrate the Feast Day of Saint Patrick with us on Sunday at 6:00 PM

This week we’ll celebrate everybody’s favorite March saint.  All those people who wore green on Tuesday weren’t just making a fashion statement – they were aligning themselves with the Missionary to the Irish, an ex-slave who returned to his place of captivity to convert his captors.  Our own David Soland is preaching.  Join us!

Two weeks ago we had a rousing discussion about sex and relationships, and this coming week we’ll be continuing the conversation, and examining how our faith communities help people answer the question “Who will I love, and how will I love that person well?”

Celebrate the Feast Day of Gregory the Great with us on Sunday at 6:00 PM

Gregory the Great was born into a chaotic, violent time.  The Rome of his childhood was a city beset by invading armies, and it changed hands repeatedly as the Byzantines battled the Visigoths.  Because of this chaos, he became prefect of the city in his early thirties, then emissary to Byzantium.  But all he really wanted to be was a monk.  Come and learn about this remarkable saint, who gave us Gregorian Chant.

Ash Wednesday and Everything Else This Week

Ash Wednesday, the day of penitential observance that begins Lent, is tomorrow.  Saint Stephen’s will have three services, one at 7:00 AM, one at 12:30 PM, and one at 7:00 PM.  We will also offer Ashes-to-Go to passerby outside of the church during the 12:30 service.

Celebrate the Feast Day of Saint Polycarp of Smyrna with us on Sunday at 6:00 PM

Polycarp of Smyrna was a 2nd century bishop and one of the great Christian martyrs.  An appropriate Lenten saint.  Our own Jared Talbot will preach.

Celebrate the Feast Day of Saint Absalom Jones with us on Sunday at 6:00 PM

Absalom Jones was born into slavery, labored to buy the freedom of himself and his wife, and gradually came to be one of the most prominent members of the African-American community in Philadelphia.  He founded the first community organization for African-Americans in the United States, helped organize a school for children, created and directed an insurance company, led the community in responding to the Yellow Fever outbreak of 1793, and, most importantly for our purposes, founded Saint Thomas African Episcopal Church and was ordained the first African American Episcopal priest in 1804.  Come and learn about his remarkable life.

A diverse crew of writers, photographers, artists, and filmmakers coalesced and collaborated around the theme of trespass.  This exploration produced odd bedfellows as artists paired with spiritual directors and poets partnered with priests.  Boundaries were broken. Velcro was judiciously employed.  And we put it all together in a book.

Interfaith Dialog on Thursdays at 3:00 PM in the Union Coffee House.

This week Rob Gleisser will be leading us in a discussion of Purim.

Bible Study on Saturdays at 1:00 PM

Meeting in front of the fire in the Chapel at Saint Stephen’s.  We’re slowly reading our way through the Gospel of Matthew.  Join us!