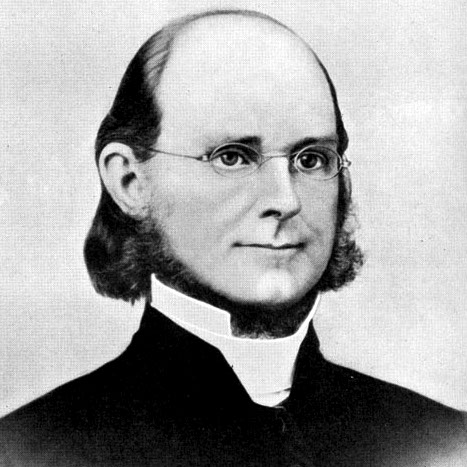 James Lloyd Breck, The Apostle of the Wilderness

Today is the feast day for James Lloyd Breck. Yesterday I spent the day in my hometown, Paris, KY. The kids are on Spring Break and we headed south to enjoy the sunshine and warm weather with my parents. Right as we parked in front of their house, my uncle and grandpa pulled up as well. I hadn’t expected them to be there, but it was so good to see them. My grandfather is 92 now and lives in Berea, KY. He’s moving a lot slower these days due to a stroke, but he’s still very excited his beloved Kentucky Wildcats are in the Final Four.

He grew up on a farm outside Marion, OH north of Columbus. But from an early age felt a call to ministry. He pursued that calling at Taylor University in Indiana and later at seminary outside Chicago and Union Seminary in New York. The work and wooing of the Spirit in his life eventually led him to be a pastor-missionary in hills and hollers of Appalachia.  He served for almost 40 years in the mountains of eastern Kentucky.

I think he would have had a lot in common with James Lloyd Breck who we remember today.  Breck was born about hundred years before my grandfather, from 1818 to 1876. He was an Episcopal priest and often called, “The Apostle of the Wilderness.” Breck was a pastor-missionary much like my grandfather. But where my grandfather headed south to the poor and disenfranchised of Appalachia. Breck headed west to the frontier territory of Wisconsin, Minnesota, and eventually California.  Breck founded Nashotah House as a religious community and seminary. He worked with native peoples fostering indigenous church leadership from their ranks. He later help found Seabury Divinity School, a seminary in California, and several parishes along the way.

My hunch is that if James Lloyd Breck was alive today we might call him a serial entrepreneur. Something like the ecclesial equivalent of a Thomas Edison, Ted Turner, or Evan Williams (the founder of Blogger and Twitter). Entrepreneurs that have a knack and habit of starting companies, communities, and projects and then moving on to the next thing and the thing after that. I also suspect that if Breck were a priest in the church now he’d be the first to embrace all things Emergence like our friend Phyllis Tickle so eloquently professes.

In theological-speak, we’d say that James Breck had an apostolic gifting. He had the ability to see just over the horizon to the thing that a particular community needed – even if they didn’t know they needed it yet. You might even call it the spirit of Steve Jobs, who famously said, “A lot of times, people don’t know what they want until you show it to them.” Breck, it seems, moved with the Spirit into the wilderness of the American frontier to anticipate the spiritual and religious needs of the communities in which he was engaged. The result of his apostolic work is still with us today. My sense is that our invitation now is to move with Spirit to the frontiers and wildernesses of the 21st century. If we are to do justice to the memory and heritage of James Lloyd Breck we should do nothing less. 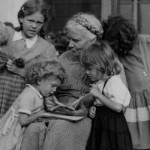 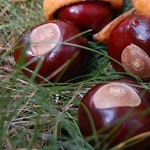 Posted in Featured, Who We Are and tagged with Saints. RSS 2.0 feed.

One Response to Apostle of the Wilderness